Celebrities just seem to love to express themselves these days on Twitter, the popular social, micro-blogging website, and Nicole Richie is no exception. In a recent post, Richie spilled her guts on her opinion of actor/ performer, Jamie Fox after Fox appeared on American Idol. In a Twitter message aimed at rocker Joel Madden, Richie sides in with Miley Cyrus while sharply judging Fox,
“@nicolerichie Jamie Foxx. hmm. Ever since he called Miley the B word, i’m not down. Sucks cause i like his movies, but damn no class.”

After Richie posted the above comment to Madden she posted this morning-after message,
“@nicolerichie wierd i woke up this morning and i hadn’t turned back into a person yet. You saw me in my cat form.”

Jamie Foxx might want to respond this way, “Hey Nicole, are you sure you were in “cat form” last night and not “female dog” form?” 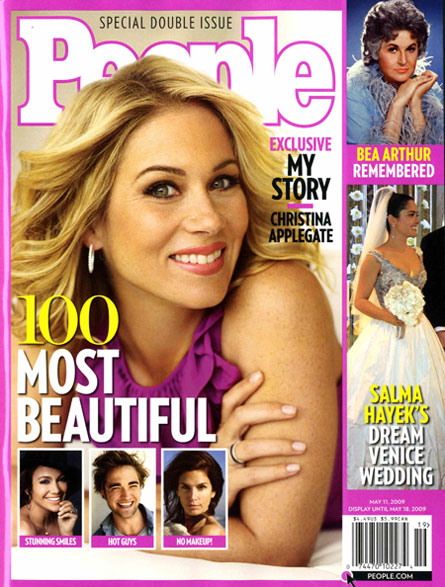 Move over Hugh Jackman, Christina Applegate is taking your crown. She’s pretty but is she the most beautiful person in the world? Not so sure.  The internet is buzzing with negative comments regarding Christina and her “cute but not perfect” cover on People Magazine. Hey, she survived cancer leave her alone! People chose her due to her fight and story- at least that’s what I’m guessing. Beauty is inside and out people! 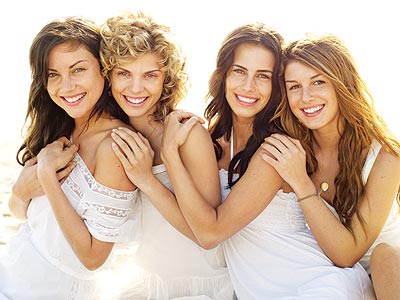 The 37-year-old actress, who recently battled breast cancer, certainly has much to celebrate: She says she’s finally found her “perfect type” in her new beau, Dutch musician Martyn Lenoble.

Applegate had a double mastectomy last July and reconstructive surgery months later. The star of ABC’s “Samantha Who?” calls Lenoble an “angel” who loves her “from head to toe.”

According to Applegate, Lenoble has been her “rock” and gave her reason to live ” and smile. 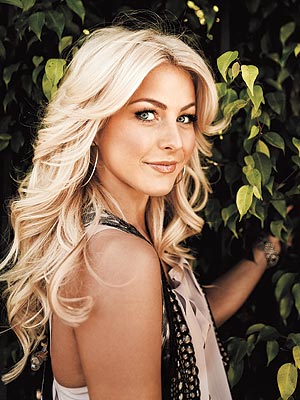 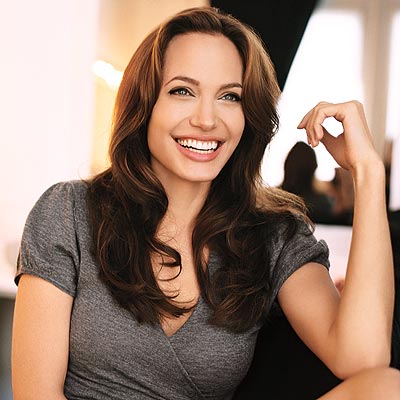 See it all in People Magazine Now

I guess if you keep telling yourself lies they eventually become true but not in the case of OctoMom and her BabyDaddy!!!  Looks like not all of OctoMommies babies came from the same sperm donor as she had alleged. Apparently when she was a stripper named “Angelina” at the Spearmint Rhino she had unprotected sex with her limo driver. Luis Ceballos has come forward to claim his 7 year old son. Hmmm… took him 7 years and a possible reality show and/or book deal for Daddy to reunite with his son. They deserve each other.  Wonder if Brad Pitt will come forward too to claim one of Angelina’s babies… I mean Nadia’s babies.  Is a sex tape really that far off the mark?  What do you think?  Or better yet… who cares?

Virgin records, also known as EMI Records, put a lawsuit on Jared Leto’s band 30 Seconds to Mars for $30 Million!
Why?! Apparently, one rumor was that the band did not put out enough records as fast as Virgin wanted them produced. The other rumor which is the TRUTH, is that the band signed a 9 year contract with Virgin, which happens to be illegal because California law states you can only sign a contract for 7 years, not 9 years. These long contracts are normal with the majority of hot artists’ record deals. Well, in the last year, the band was trying to terminate their contract with Virgin for a few legit reasons. First, 9 years should have been 7 years. Second, The band has not received a single penny for selling 2 million records. Third, the band is somehow in $1.4 Million of debt for unknown reasons, which is owed to Virgin. The band is wondering if their next record will rake in enough money to pay off their unknown million dollars of debt?? Will Virgin take the money again?
This battle between 30 Secs to Mars and Virgin has been boiling for the last year. Within this time, the band has been working on a new record even featuring artist Kanye West. The band is really excited and said they have been “putting our hearts, hopes, and dreams into making a record that means absolutely everything to us.”
With all that the band has been through with Virgin Records along the way to their success, fame and notoriety, the band and Virgin Recs decided to call a truce rather than proceeding with the $30 Million lawsuit. They dished out their differences and 30 Seconds to Mars decided that they will renegotiate their contract with Virgin and resign. 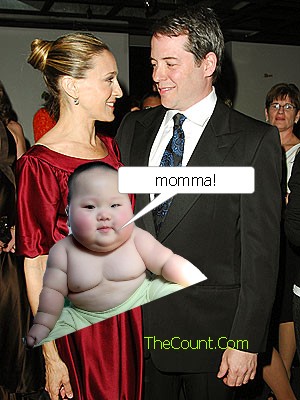 The story hitting the wires is that Sarah Jessica Parker and her “psuedo” husband Mathew Broderick–are having twin baby girls.  Since Sarah doesn’t want to push them out herself (and because she’s 50 years old)..she’s having some poor young girl from Compton carry them for her. I personally think they are going to have a sumo wrestling baby by mistake and then sue the lame young compton girl for every amusement park smashed penny she has.

Wow…only about 5% of that was true but it was sure fun making it up!! haha 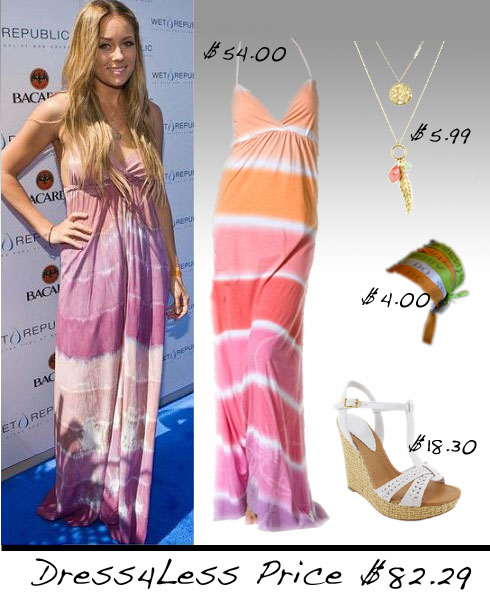 Lauren Conrad is quickly becoming America’s Sweetheart.  On April 18, 2009 she made a splash wearing a silk “Halli” maxi dress from Gyspy05 which retails for $209.00 and won’t be available for sale until 6/30.  But you can own this super cute tye dye maxi dress now for only $54.00.  Complete the look with coin necklace, wishfita bracelets and white wedges for a Grand Total of $82.49.  For complete details please visit CelebrityDress4Less.

Lindsay Lohan was sunbathing in Hawaii recently when King Skeleton, Lord of the Underworld–came up to her in broad daylight. Paparazzi went crazy but the sun was blinding the cameramen and WE are the only ones who got the shot.  Shortly after this photo was taken, Lindsay and the King held hands and jumped into a lava pit that opened up about 5 feet in front of us. She is currently leading the stick people in a revolution-overtaking hell- and pretending to not want to gorge at Olive Garden.

BritneySpears.com confirmed the appearance of the same stars that we saw at Britney’s Vegas concert over the weekend. Keep on reading ThecounT.com to see the exclusives about Britney’s show in Vegas 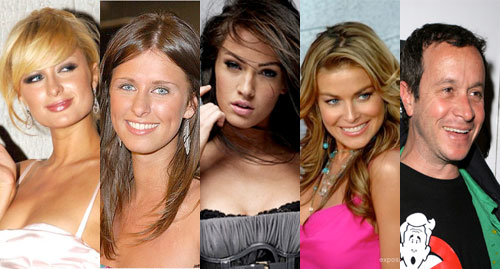