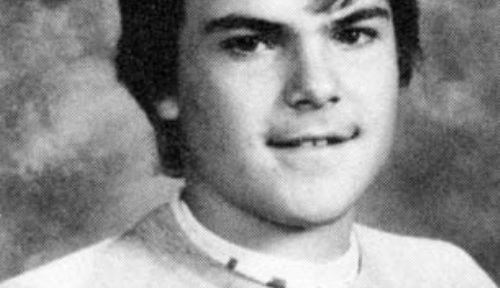 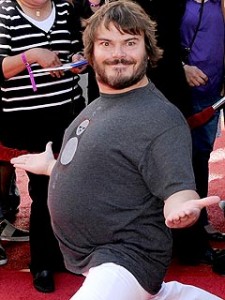 Jack Black looked dapper in a well-tailored tuxedo Wednesday night, as he attended a black-tie gala in honor of good pal Ben Stiller. But, he admitted, suiting up was a “humiliating” – and hysterical – ordeal.

“I only found out yesterday that this thing was black tie,” the comedian told the audience at the American Museum of Moving Images Salute to Ben Stiller in New York. “And I’ve got to say that I hate black tie. I was going to say screw it. I was just going to wear my jockies and trench coat.”

What changed his mind?

“I found out that I was going to be sitting next to [Robert] DeNiro and P. Diddy. And they were going to be looking very sharp …. So I went over to Berdorf Goodman and I said, ‘Show me your finest tux!’ ”

And that’s when butterball Black ran into trouble. “The lady there was like, ‘Your neck … it’s too big. It’s too big for this store! I’m sorry Jack Black, but you might want to go to Big and Tall.’ ”

“My face became flushed with humiliation and shame,” he continued, his speech taking on all the makings of a comedy routine.

Off he went to Big and Tall, where “I was welcomed with loving open arms by my people.”

And so, in conclusion, “it was a huge, huge, huge, huge pain,” Black said. “But I’m here anyway, because Ben is a friend and an incredible man. And he deserves a sweeta– black-tie speech!”