In a gaffe of ghostly proportions, Joan Rivers posthumously promoted the new iPhone on her Facebook.

The eerie and downright creepy post, which appeared briefly on River’s Facebook page THIS MORNING, may have been a pre-negotiated deal with Apple or Steve Jobs is recruiting dead celebrities. 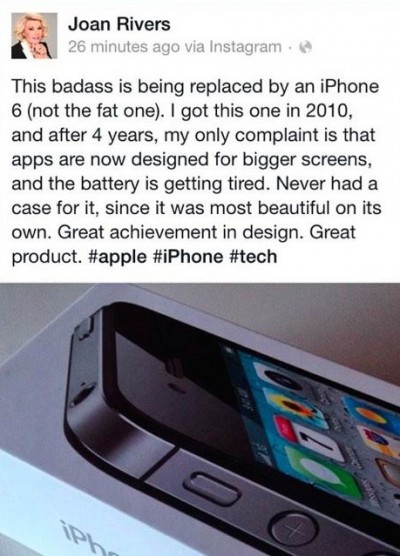 Residents in Zhejiang province said the river appeared normal in the morning, but within an hour, the entire river turned to crimson. Residents also said a strange smell wafted through the air. 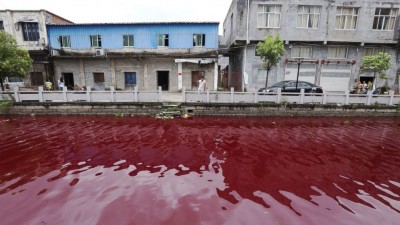 “The really weird thing is that we have been able to catch fish because the water is normally so clear,” one local villager commented on China’s microblogging site Weibo. END_OF_DOCUMENT_TOKEN_TO_BE_REPLACED

Steve-O caught on video jumping off San Antonio’s River Walk bridge from a crazy high height! Did we mention he landed in only 4 feet of water? What’s a guy gotta do to go viral these days? 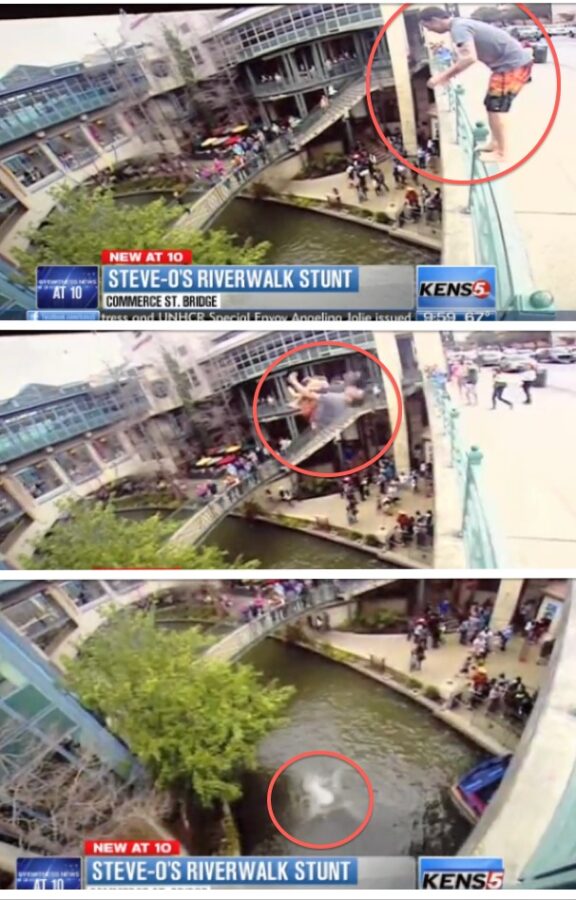 END_OF_DOCUMENT_TOKEN_TO_BE_REPLACED

A prison work crew dove into the frigid waters of the raging Washington state river to save three young brothers who were dumped in the water after their canoe capsized. 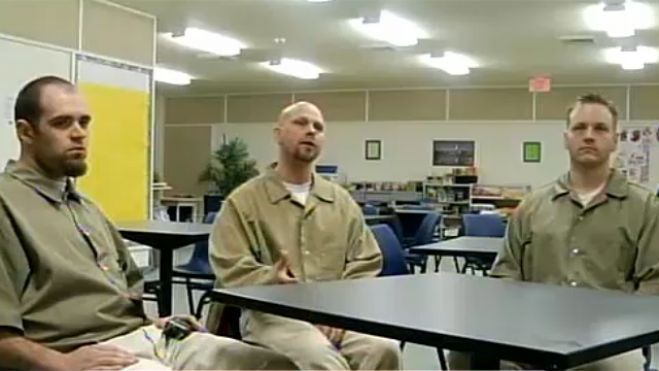 Local news outlets reported that an inmate crew from Larch Corrections Center was finishing up for the day when they heard the children’s screams coming from the nearby river.

“We just thought it was some kids screaming until we seen their two heads bobbing in the water with the canoe upside down,” Nelson Pettis, a member of the crew told KPTV. “They were coming down over flooded Salmon Creek. It was raging pretty fast.”

The kids, 8, 10 and 16, lost control of their canoe in the strong current and went in to the freezing drink, that’s when inmate, Larry Bohn, jumped into the frigid water.

“I just let the current take me down until I could get to a spot where my feet hit ground and I tried to stay put. They actually came to me right there, right then, the current swept me from underneath my feet and I grabbed onto the kids and got them to a little island in the middle of the river.”

Bohn got the oldest boy to shore then other inmates helped until the two younger boys were positioned onto a pile of floating debris. Inmate Jon Fowler, helped arriving rescue crews carry the boys to shore.

“They were really scared,” Bohn told KPTV. “They kept telling us ‘thank you, thank you’ all over again.”

The three boys and two inmates were taken to nearby hospitals with mild hypothermia.