‘I liked Miley, frankly. I’m gonna be honest, Katy Perry bores the s— out of me. She’s a nice girl, she just really bores me. You know, that hillbilly Miley Cyrus is sort of punk in a weird way.” 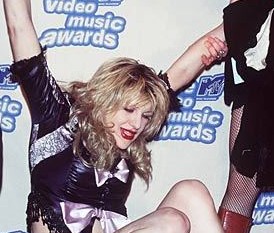 END_OF_DOCUMENT_TOKEN_TO_BE_REPLACED

If you’re getting ready to invite Katy Perry to your latest raging house party and you’re kind of wondering what the singer might wear, we’ve got a little preview for you! What to call this, a one piece jumper? No matter what you call it, it has California written all over it. 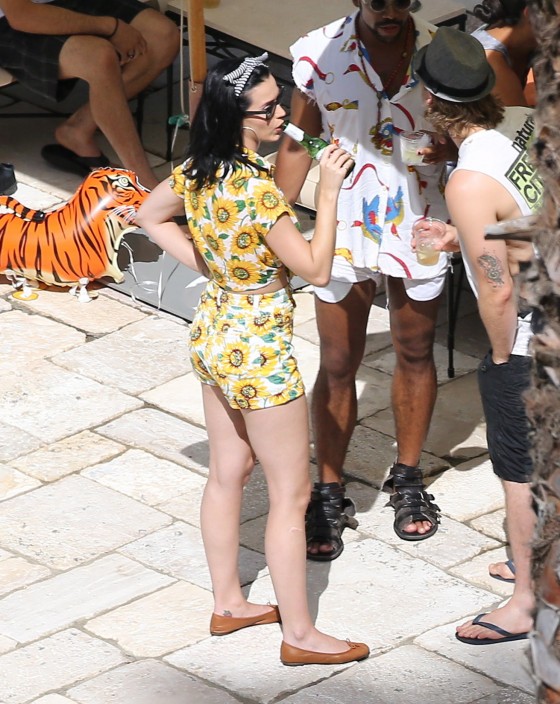 END_OF_DOCUMENT_TOKEN_TO_BE_REPLACED

Katy Perry just revealed on the preshow for the MTV VMA music awards, that her new album is called, “Prism.” Any questions? 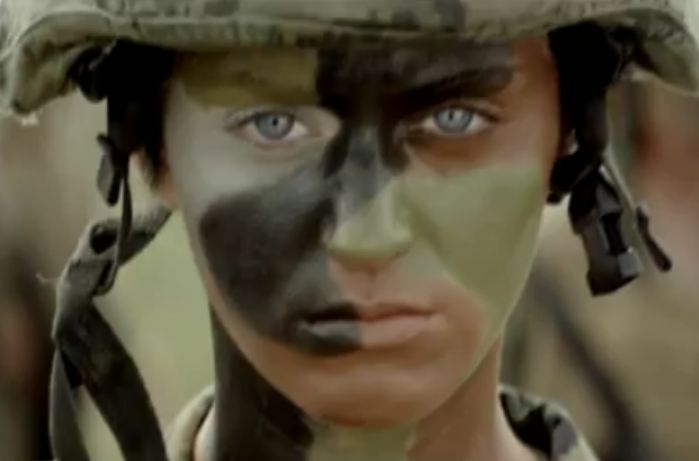 END_OF_DOCUMENT_TOKEN_TO_BE_REPLACED

It was clear from the beginning, Katy Perry was not dressed appropriately in her Sesame Street segment. The folks on Sesame Street received so much heat over the boob filled extravaganza featuring Elmo, that they yanked the video off Youtube and canceled it from airing on the Sesame Street 41st season broadcast.

In the following statement issued by reps at Sesame Street they try to justify the “Too hot for Tots” video by saying they produce on two levels, for the child and the adult. The Perry segment was axed from airing on broadcast TV but the statement goes on to say the video would still be available on Youtube, however, they must have changed their minds because the video was deleted from Youtube as well.

Statement: “Sesame Street has a long history of working with celebrities across all genres, including athletes, actors, musicians and artists. Sesame Street has always been written on two levels, for the child and adult. We use parodies and celebrity segments to interest adults in the show because we know that a child learns best when co-viewing with a parent or care-giver. We also value our viewer’s opinions and particularly those of parents. In light of the feedback we’ve received on the Katy Perry music video which was released on You Tube only, we have decided we will not air the segment on the television broadcast of Sesame Street, which is aimed at preschoolers. Katy Perry fans will still be able to view the video on You Tube.”

I’m really starting to take on to Katy Perry and it’s not just because of her music. I think she has a really fun and friendly personality, and that’s what I like about her. Perry’s interviews are always fun to watch not only because she’s easy on the eyes, but because you can guarantee she’ll say something that’s out there!

In this video, she talks about her new song “E.T.” off her new album “California Gurls”, and how she believes there is life on other planets! Like a planet full of hot guys somewhere in the universe! Love it.

END_OF_DOCUMENT_TOKEN_TO_BE_REPLACED

Brian Wilson and Katy PerryYou might be thinking, how the heck do the Beach Boys’ “California Girls” and Katy Perry’s huge summer hit “California Gurls” sound anything alike? beside the similar title. Rondor music, the owners of the copyright to the Beach Boys song are calling it “close enough” and have in fact officially put Capitol Records on notice stating they want writing credits and royalties.

Apparently the issue doesn’t have anything to do with Katy Perry’s performance, it’s all about the Dogg, Snoop Dogg. At the end of Perry’s ditty, Snoop says, “I really wish you all could be California girls” and you don’t have to dust off your old vinyl to remember the Beach Boys hook, “I wish they all could be California girls”, but is that really enough to warrant compensation? Frivolous comes to mind…

This is absolutely mind boggling.

How is this even possible?

You know what would be cool? A system that you upload your image to and instead of celebrities it hooks you to regular people who look like you. (Damn this is a good idea…wish I had time and money to do it). Note to self: Win lottery. I heard there is someone walking around who looks like me and it’s not Adriana Lima.. close…but no cigar (hahahaah). 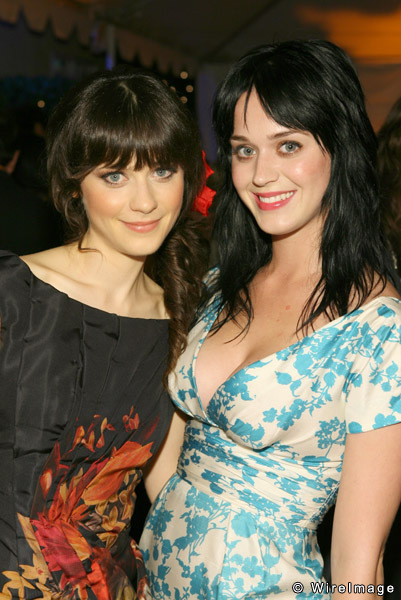