Jeffrey Gamblero, who was recently in the news after he was removed by security from Madison Square Garden – minus his prosthetic leg – has now suffered severe brain injury and a fractured spinal cord after jumping out of his father’s window.

Gamblero, 38, injured himself after jumping out of a second-story window at his father’s house in Flushing, Queens. After arriving to the hospital, he was breathing on his own, but his condition worsened and that’s when his brain stopped functioning. He was placed on a ventilator and remains in ICU at New York Hospital in Queens. 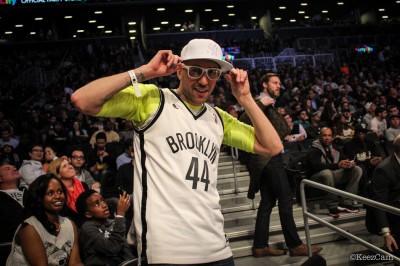 Born Jeffrey Vanchiro, the self-proclaimed superfan was known for wearing neon T-shirts under a personalized white No. 44 home jersey and having his dance moves displayed on the Barclays Center video screens. END_OF_DOCUMENT_TOKEN_TO_BE_REPLACED