Westboro Baptist Church protesters usually go for the throat, but this time something is different.. Friday, the protesters held a sign that expressed condolences for the recent loss of their church’s leader, Fred Phelps. 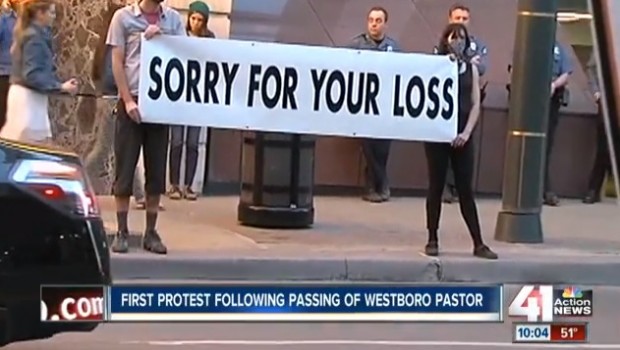 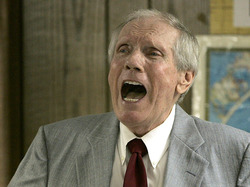 The Rev. Fred Phelps Sr., who founded a Kansas church widely known for its protests at military funerals and anti-gay sentiments, has died according to his son Tim Phelps. Phelps, 84, was being cared for in a Shawnee County facility, Westboro Baptist Church spokesman Steve Drain said Sunday. END_OF_DOCUMENT_TOKEN_TO_BE_REPLACED