The image shows an older man being yelled at by his wife, with the text, “Here’s to Lamar Odom on being the first guy in history to have coke and hookers save his marriage.”
END_OF_DOCUMENT_TOKEN_TO_BE_REPLACED

Funny man, Chris Rock, decided to thank President Obama, for closing schools, on Jimi Hendrix‘s birthday, on Thanksgiving.. Confused? So are we..

The comedian, posting on Whosay today, misspelled the fallen rocker’s last name, but his message was clear.. Not. 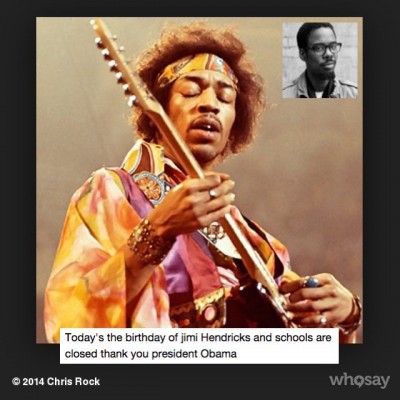 The Worst Saturday Night Live Sketch of All Time? That’s what many are claiming after new SNL cast member Leslie Jones butchered a sketch with Chris Rock.

At one point in the painful skit, Jones took the fifth, pausing a full 10-second live on-air, followed by a botched line. 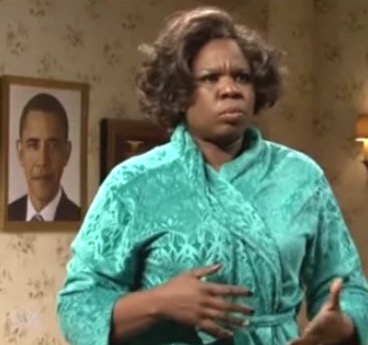 Sources say, Jones maybe be slightly redeemed because she had nothing to do with the actual writing of the sketch, which was abysmal, it was Chris Rock’s writing team, in an unorthodox move, END_OF_DOCUMENT_TOKEN_TO_BE_REPLACED