After drama with Katie Hopkins, Cami-Li and everyone in the house Hilton decided to quit the popular reality show. 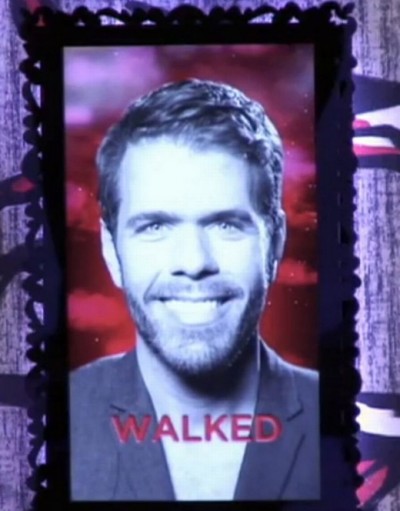 Following Alicia Douvall‘s eviction Perez really went for it in last night’s show and viewers saw him STRIP down to dinosaur jammies as the second housemate left the house.  END_OF_DOCUMENT_TOKEN_TO_BE_REPLACED

It looks like Lady Gaga fans are not taking Perez Hilton‘s disrespect sitting down. Matter-of-fact, they’re taking it to a whole new level, according to Hilton, that new level includes death threats.. “A Statement On Lady GaGa’s Lies.. I hope her fans stop sending me death threats, as the suggestion that I pose a danger to Lady GaGa is preposterous. If her fans want to send a message of support to Lady GaGa, they should buy her music.” Sounds serious..

Perez released a statement over the mushrooming controversy concerning a photo she sent to Gaga of Madonna pointing a gun at the Poker Face singer.. 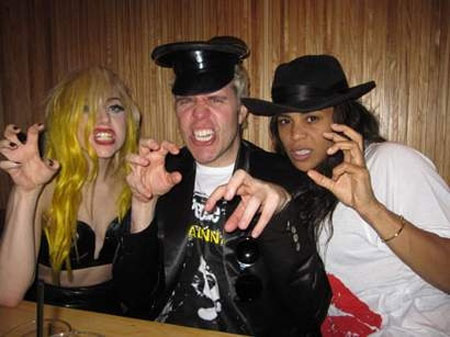 END_OF_DOCUMENT_TOKEN_TO_BE_REPLACED

I thought Perez Hilton and Lady Gaga were pals! But not by a LONG SHOT! Lady Caca blasted Hilton yesterday on Twitter! Instructing her devoted monsters to just ignore the gossip guru. 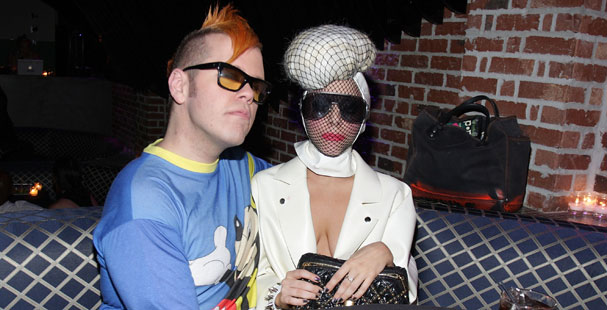 END_OF_DOCUMENT_TOKEN_TO_BE_REPLACED

American gossip icon and ThecounT.com buddy, Perez Hilton suggested Miley Cyrus Read a certain book via Twitter today. The book? “The House on Mango Street”. So what’s it about? Well, here’s the 411 from Wikipedia:

The plot is about Esperanza Cordero and her struggles growing up on Mango Street in a poor Latino neighborhood in Chicago.

The title is in reference to the house that Esperanza and her family move into at the beginning of the novella.

The set of vignettes charts her life as Esperanza matures during the year, both physically and emotionally. She begins to write as a way of expressing herself and as a way to escape the suffocating effect of the neighborhood. The novella also includes the stories of many of Esperanza’s neighbors, giving a full picture of the neighborhood and showing the many influences surrounding her. Esperanza quickly befriends Lucy and Rachel, two Chicana girls who live across the street. Lucy, Rachel, Esperanza, and Esperanza’s little sister, Nenny, have many adventures in the small space of their neighborhood.


Esperanza later slips into puberty and begins to like it when boys watch her dance. Esperanza’s newfound views lead her to become friends with Sally, a girl her age who uses boys as an escape from her abusive father. Esperanza is not completely comfortable with Sally’s sexuality. Their friendship is compromised when Sally ditches Esperanza for a boy at a carnival. As a result Esperanza is sexually assaulted by a group of boys at the carnival. Earlier at her first job, an elderly man tricked her into kissing him. Esperanza’s traumatic experiences and observations of the women in her neighborhood cement her desire to escape Mango Street. She later realizes that she will never fully be able to leave Mango Street behind. She vows that after she leaves she will return to help the people she has left behind.

Main Characters in “The House on Mango Street”

* Esperanza Cordero is a Chicana (Mexican-American girl) about twelve years old. She is the main character and narrator. Esperanza naively wishes to get out of Mango Street and get a home of her own. Although her family has not always lived in this house, it is probably the most important place she has lived as it represents her heritage and upbringing[citation needed]. Esperanza matures emotionally and sexually during the year that makes up The House on Mango Street. Her realization of her writing ability gives her a constructive way to escape from Mango Street. By the end of the book, Esperanza has somewhat “escaped” from her home by becoming more detached from it by retreating into her own private world.

* Sally is a girl whom Esperanza Cordero describes as having “eyes like Egypt” and hair that is “shiny black like raven feathers” (Cisneros 81). Her father is extremely religious but quite abusive. Esperanza notes that Sally has come to school multiple times with bruises on her pretty face, despite her mother’s best efforts to cover it up. She was friends with Cheryl until Cheryl “made her ear bleed” (82) in an attempt to pierce it for Cheryl. Sally’s father dislikes her talking to boys and beats her when he discovers her doing that. Sally finds safety and comfort in sexual exploits that make Esperanza uncomfortable. Sally is responsible for what would seem Esperanza’s rape in the chapter titled “Red Clowns”[clarification needed]. As an escape, Sally later marries a marshmallow salesman in another state before she reaches eighteen. Esperanza speculates that Sally’s excessively controlling husband is physically and verbally abusive. She infers this from the fact that in anger her husband “broke the door where his foot went through” and also won’t let her talk to her other friends.

* Nenny is Esperanza’s little sister. Esperanza looks up to Nenny as a good person.

* Rachel was Esperanza’s friend when Esperanza agrees to give in 5 bucks to buy a bike for Rachel, Lucy and Esperanza to share. Also is sister to Lucy.

The House on Mango Street is made up of vignettes that are not quite poems and not quite full stories. Esperanza narrates these vignettes in first-person present tense, focusing on her day-to-day activities but sometimes narrating sections that are just a series of observations. The vignettes can be as short as two or three paragraphs long and sometimes contain internal rhymes. In The Family of Little Feet for example, Esperanza says:

Each vignette can stand as an independent mini-story. The vignettes don’t connect to one another, although they often mention characters introduced in earlier sections. The conflicts and problems in these short stories are never fully resolved, just as the futures of people in the neighborhood are often uncertain. The overall tone is earnest and intimate, with very little distance between the reader and the narrator. At times the tone also varies from pessimistic to hopeful, as Esperanza herself sometimes expresses her jaded views on life:

“I knew then I had to have a house. A real house. The house on Mango Street isn’t it. For the time being, Mama says. Temporary, says Papa. But I know how those things go”.

Esperanza regards the house on Mango Street as simply a house she lives in and not her home. When she was younger and constantly on the move from apartment to apartment her parents promised her a real home with a green yard, real stairs, and running water with pipes that worked. She dislikes the house on Mango Street because its sad appearance and cramped quarters are completely contrary to the idealistic home she always pictured.