Daniel Craig, who is filming the latest installment of the James Bond franchise, suffered a head injury in Eternal City, Italy, while shooting a scene for “Spectre.”

Craig, 46, was traveling in an Aston Martin DB10 when the vehicle hit a pothole causing the actor to hit his head on the super car’s headliner. 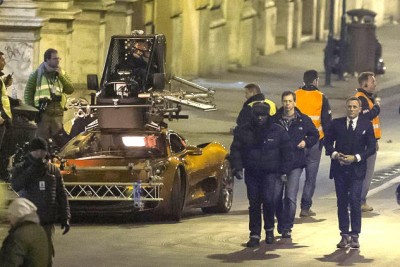 A stunt driver was steering the vehicle in a cage affixed to the top of the sports car when it hit one of Rome’s pesky potholes — that’s when Craig reportedly hit his head on the car’s interior. END_OF_DOCUMENT_TOKEN_TO_BE_REPLACED