MOBILE COUNTY, AL. (THECOUNT) — Randon Lee of Mobile, Alabama, who was identified as the teenage victim in a fatal Friday night shooting in Mobile County, was selling drugs when the deadly incident occurred.

Police said Lee, the son of TikTok star Ophelia Nichols, aka, Mama Tot, was found with narcotics when he was shot and killed at a gas station Friday night on Saint Stephens Road.

In a Monday news conference, police said Lee was at a gas station in Prichard, and another car pulled up. A suspect got into his car, and police said he is seen on surveillance video getting out of Lee’s car holding a gun. The suspect drove off in a black vehicle. Prichard police said he sold drugs to the two suspects in the past. Police are not releasing names of those suspects at this time.

Lee, 18, was fatally shot, one day before his 19th birthday in Prichard.

According to reports, the fatal shooting occurred around 7:45 on Saint Stephens Road in Prichard. Police have classified the fatal incident as homicide.

Nichols, who has over 7M followers on Tiktok, took to facebook to express her grief over her son’s killing:

We are receiving an unbelievable amount of calls/text/messages regarding my baby child Randon. I don’t really have a choice other than to do this. I think of myself as this normal person who just loves on people but I forget that I have grown a family of almost 7 million via social media & I am grateful for you all. Thank you for the continued prayers for myself, my husband, my children and our family. 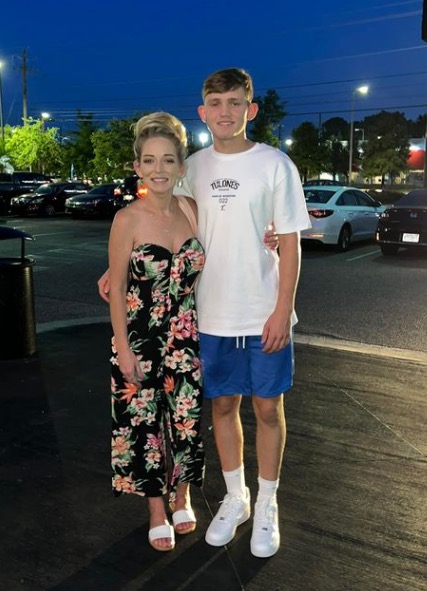 My son was taken from us last night by the hands of another individual at just 18 years old. He would be 19 today but Someone else made the decision to end my sons life. They are walking around in my town, living and breathing while my son is not. While me and my family are grieving a loss that no mother should ever have to feel, they are free.

I have been up all night with this unrecognizable feeling of hatred in my heart for the person who ended my sons life and I can’t promise that will ever go away. I know the days ahead are completely unknown but the only hope I have, is that this person is found and prosecuted for the murder of my son.….My son.

Prichard police say the deadly shooting remains under investigation and cannot provide any further details at this time.