JERSEY CITY, NJ. (THECOUNT) — We are now learning, Antonio Brown smuggled social media influencer Ava Louise into the team hotel the night before he made an early exit from the field, according to private text messages Louise posted to social media on Thursday.

Brown, 33, snuck the lingerie blogger, 23, into the Westin in Jersey City, New Jersey last Saturday in defiance of the NFL’s Covid rules and filmed a series of graphic videos during her stay.

Oh Thursday Louise claimed that she tested positive for COVID after her and Brown’s encounter, with Brown of course being exposed to his teammates the following day, accoring to DailySnark. She posted an image of her positive test result online. 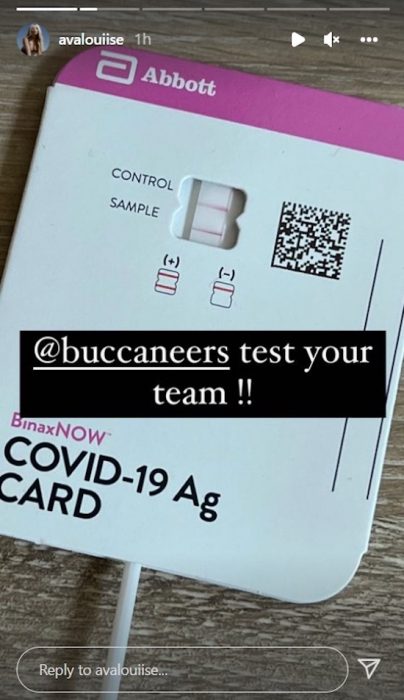 “Blonde Louise,” who shot to fame in 2020 after she filmed herself licking a toilet seat in a bid to catch Covid, told DailyMail.com she spent an hour with the wide receiver and snuck past security to join Brown for the sex session.

Louise, who decided to out Brown by posting numerous screenshots about her night with Brown from him wanting to sneak her into his room to film a sex tape to even how long he lasted in bed, has now shared a pic of his attorney offering hush money to keep her quiet on the matter.

Geo quick facts: New Jersey is a northeastern U.S. state with some 130 miles of Atlantic coast. Jersey City, across the Hudson River from Lower Manhattan, is the site of Liberty State Park, where ferries embark for nearby Ellis Island, with its historic Immigration Museum, and the iconic Statue of Liberty. The Jersey Shore includes notable resort towns like historic Asbury Park and Cape May, with its preserved Victorian buildings – wikipedia.