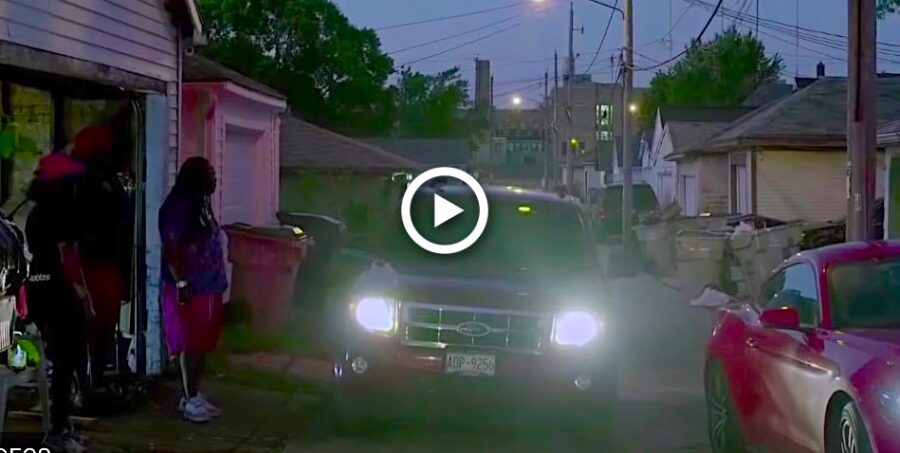 WAUKESHA COUNTY, WI. (THECOUNT) — The red SUV used in a horrific collision with Wisconsin parade attendees has been spotted in a rap music video.

Darrell Edward Brooks Jr., the suspect who allegedly plowed into a Christmas parade in Waukesha, was released on bail just two days before the deadly attack that killed at least 5 people on Sunday.

The Wisconsin rapper has a criminal history, including multiple violent felonies and skipping court dates. In a rap song released on Soundcloud and YouTube called “HALF A TIKKET’, the Red SUV that he used to kill innocent parade goers can be seen in the music video, reports 100PercentFedUp.

Brooks’ rap lyrics feature attacks on President Trump, the police, and him speaking favorably of left wing radical Malcolm X. “This that f*ck Donald Trump flow” he says in his Soundcloud song. “The song also features lyrics such as “Police is tripping, f*ck around and be a shooting victim” and “I got that AK-47 just like Malcolm” referring to Malcolm X.

Sources told NBC News the driver may have been fleeing a knife fight at a nearby park just before the car barrelled into the parade on Waukesha’s Main St at 4:39 p.m. local time.

According to Milwaukee County court records, Brooks has a lengthy criminal record and had only been released from jail on Friday.

He pleaded not guilty to all counts and was released two days before the deadly Christmas parade attack after posting the $1,000 bond.

Brooks has another open felony case for second-degree recklessly endangering safety and possession of a firearm as a convicted felon from July 2020.

He has convictions dating back to 1999, according to Wisconsin court records.

Brooks was also a hip-hop musician who performed under the name MathBoi Fly.

In one of his music videos, which has been taken down, he could be seen rapping in front of a red SUV.

On a since-deleted social media profile, Brooks described himself as an “Underground Hip-Hop/Rap/Drill recording artist/producer/writer/actor”.

Brooks had been posting on social media about the trial of Kyle Rittenhouse, which concluded in Kenosha on Friday about 50 miles south of Waukesha.