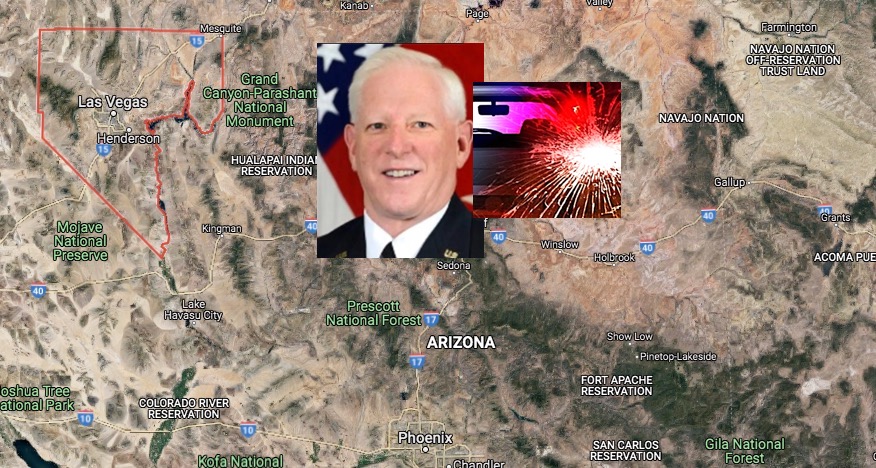 CLARK COUNTY, NV. (THECOUNT) — Bob Herbert, a longtime former aide to U.S. Sen. Harry Reid and a major general in the Nevada Army National Guard, has been identified as the victim in a Friday vehicle crash.

Herbert, 64, worked for Reid between 2001 and 2017, serving Reid during his stints as majority whip, majority leader and minority leader. Most recently, he was a lobbyist with the Porter Group, headed by former Nevada Congressman Jon Porter.

“It is with great sadness and a heavy heart that I share the with you the passing of my good friend, Major General Bob Herbert,” Reid said in a statement Saturday. “Bob was highly respected and well-loved. I met Bob when he was a pilot for the National Guard, flying me and my staff around on a helicopter to observe Nevada’s wilderness areas and military installations more than two decades ago. He later started working in my Senate office and worked with me until I retired in 2017, all while serving in the Nevada Army National Guard.”

Herbert joined the U.S. Army at age 18 in 1975, and served until 1982. He originally came to Nevada to serve as a test pilot. He stayed in the state and continued serving in the Air National Guard, eventually rising to the rank of major general, reports ReviewJournal.

In Reid’s office, he worked on transportation, energy and national security issues. He was so well-regarded, the Yerington City Hall was recently named in his honor.

“Bob was a loyal and passionate friend whose legacy in the state of Nevada and the country will not be forgotten. He will be greatly missed,” Reid said. “Landra and I offer our condolences to his wife Karen, their family, and the many friends he made along the way.”