DUVAL COUNTY, FL. (THECOUNT) — Louis Nix, a third-round pick of the Texans in 2014 who also spent time with the Giants, Washington, and Jaguars, has gone missing in Florida.

Nix’s mother explained in a recent video that she has heard nothing from her son in several days adding she believes Nix is in danger. 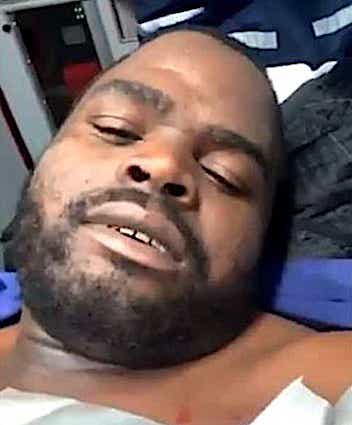 “Last communication of anyone seeing him was Tuesday,” Nix’s mother said. “Can’t call him because voicemail is full and people he talks to daily have not heard from him. Not like him.”

Nix, a three-year starter at Notre Dame, was shot in December while putting air in the tires of his car. The bullet, Nix explained at the time, ricocheted off his sternum and entered his lung. He had surgery to remove it. His mother told Becker that, since then, Nix has not liked to go out. In a video posted at the time of the shooting, Nix said he didn’t want to die.

Nix’s mother said she does not believe, however, that the latest development is related to the shooting, according to BlackSportsOnline.

If you have any information about Nix’s whereabouts, contact the Jacksonville Sheriff’s Office at (904) 630-0500.