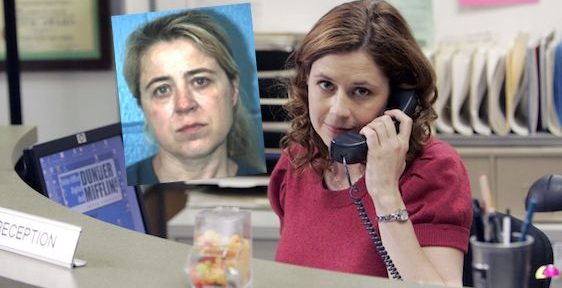 AUSTIN, TX. (THECOUNT) — Austin woman, Karolina Camara, is facing a theft charge for using her position in the Austin Polish Society to write checks for personal gain, but it’s her mugshot that getting all the attention, especially from fans of TV Series, The Office.

Camara, 41, who was arrested and accused of issuing 54 checks worth $72,800 to herself and her husband while serving as treasurer of the Austin Polish Society, a non-profit organization, is now going viral over the mugshot, which Office fans think mirror the features of beloved character, Pam Beesly, aka, Jenna Fischer. Camara was booked into Williamson County Jail earlier this month but has since paid bond, according to TheBuzz.