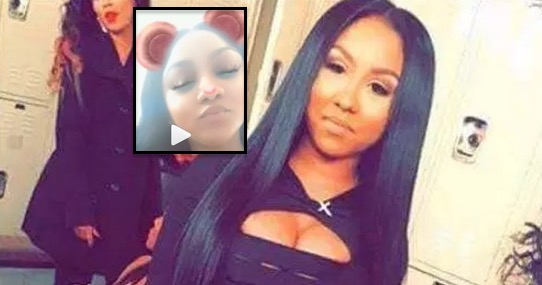 Chicago rapper G Herbo is a free man after getting locked up last week following a gun charge.

The rapper’s fiancée, Ariana Fletcher, posted the happy news on Instagram with the caption “Daddy’s home!” along with a video of the two kissing. The Humble Beast rapper was originally arrested on Feb. 22 when he and two other men were caught with loaded guns during a traffic stop in Chicago. Herbo and the men were each charged with one felony count of aggravated unlawful use of a loaded weapon in a vehicle with no Firearm Owners’ Identification card. The rapper had a bail hearing on Feb. 23, and while he wasn’t released then, his bail was set at $25,000.

Unfortunately for Herbo, while he was behind bars, he missed his fiancée’s baby shower. Fletcher joked about the artist’s absence, posting a Photoshopped image of him at the shower. “Who said my man wasn’t at our shower Who made this?” she captioned. source

While it was originally reported that Herbo’s arrest was the result of a routine traffic stop, it was later revealed the rapper’s limousine driver tipped off police about his passengers having guns, The Chicago Tribune reported. The driver alerted authorities after he saw Herbo place a handgun in the seat pocket in front of him. The rapper’s defense attorney argued that Herbo has a fiancée who is eight-months-pregnant who he plans to marry in six months and has no prior felonies or violent background. The rapper will now be placed on electronic monitoring.