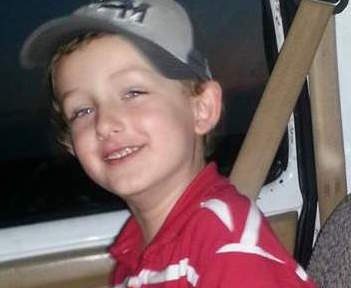 Police have released disturbing body-cam video depicting the fatal shooting of 6-year-old Jeremy Mardis. In the graphic video, cops can be seen approaching the vehicle driven by Chris Few, Jeremy’s father, who appears to have his hands up, before they unload dozens of bullets into the pickup truck.

Jeremy, who was killed in the crossfire, was said to be autistic. A judge ruled that the video should be made public during an evidentiary hearing in the case. Mardis was in a pickup truck being driven by his father during a police chase in Marksville, Louisiana, in November 2015 when he was shot and killed. The two deputies who shot Jeremy, Norris Greenhouse Jr. and Derrick Stafford, are facing charges of second-degree murder and attempted second-degree murder. Chris Few, Jeremy’s father, was also shot, but survived. The deputies began chasing Few after he had an argument with his girlfriend. They said they were chasing him because of an outstanding warrant, but officials now say there were no outstanding warrants for Few’s arrest. h/t heavy The officers have claimed self defense, but investigators say they video shows Few had his hands up, was not armed and was not using his vehicle as a weapon when the officers opened fire.