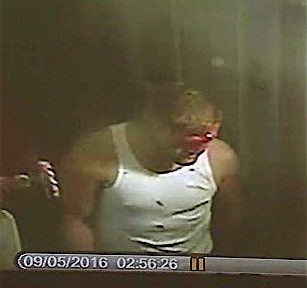 According to officials, Miller then ran off to a Travelodge across the street, where the video was recorded. Desk assistant Danesh Shrasta said Miller was bleeding from the head and vomiting. “I thought, like, he was intoxicated,” said Shrasta. “Maybe he bumped his head somewhere. That’s why I called 911. For his safety.” Miller faces several felony charges. He posted bail and has been released from custody.