Jared Fogle Sues Parents: You Did A Lousy Job Raising Your Kid! 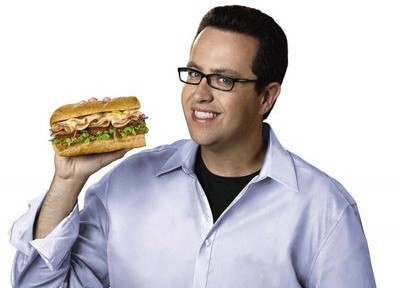 Subway’s former spokesperson, Jared Fogle, who was imprisoned for child pornography and sex abuse has now sunken to an all-time low. He is blaming the parents of his victim for what he calls her ‘destructive behavior.”

The girl’s parents filed a lawsuit last March against him. Jared Fogle is currently serving a 15 year prison sentence for conspiracy to receive child pornography, invasion of privacy, personal injuries and for emotional distress. The victim in the lawsuit is being referred to as “Jane Doe” and she is seeking $150,000 in damages. The lawsuit alleges that Russell Taylor, former head of Fogle’s charity was secretly filming the underage girl and other children at his (Taylor’s) house.

The court documents state that between March 2011 and January 2015, Taylor installed multiple hidden cameras in his home. He concealed them in clock radios and secretly filmed multiple minors, including Jane Doe. The footage showed the victims changing clothes, showering, taking baths, and various other personal activities that were private. Taylor distributed these sexually explicit images and videos to Fogle according to court documents. As a result of Jane Doe’s lawsuit, Fogle has filed a federal complaint against her parents. Fogle’s lawsuit says the parents’ lack of supervision and their tumultuous divorce, resulted in the “destructive behaviors” displayed by Jane Doe.

Fogle claims the girl suffered a major depression and exhibited “destructive behavior” because of all the fighting and actions of her parents throughout their divorce. Her actions included abuse of drugs and alcohol, self-mutilation and suicidal thoughts.

He is seeking to add them as defendants in the lawsuit filed against him by the victim. He states that “through their actions” they caused and significantly contributed to the injuries and damages alleged by Jane Doe. There is no doubt in my mind that Fogle exploited her situation for his personal gain. I recall him telling Rochelle Herman (the woman who secretly recorded him) that he “looked” for certain type of girls who he could convince into sexually explicit behavior. He saw that young lady in a bad place, going through a stressful time and he took advantage. That POS should rot in jail and never get out.