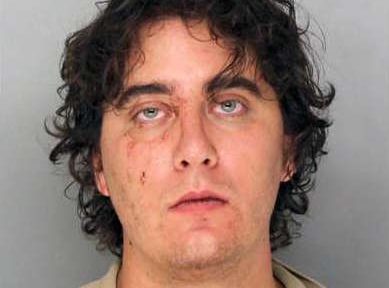 Douglasville, Ga., resident, Patrick Canada, has been arrested and jailed without bond Thursday after police say he shot and killed his step-grandfather, Douglas Henn, after wounding his grandmother, Pamela Lynn Henn. As police arrived, Canada fired on an officer.

Canada, 25, was tackled and taken into custody and is charged with malice murder and aggravated assault. 911 dispatchers received a call and heard what they say sounded like people fighting in the background. Arriving officers say when they opened the front door and stepped inside the residence they were immediately confronted by Canada, who was holding a firearm located in a bloody foyer area.

Shouting didn’t stop Canada from pointing the weapon at Altman and they shot at each other. Altman’s gun malfunctioned, so he retreated to his patrol car for his rifle. As he did so, Altman saw 64-year-old Pamela Lynn Henn leaving through the rear door of the home, the report said. She had been shot multiple times. Canada came out the same rear door, where Altman then confronted him and arrested him without further exchange of gunfire. When he and other officers searched the home, Altman said he saw a large amount of blood in the foyer. Douglas Keith Henn, 59, was found dead of multiple apparent gunshot wounds. Detectives later determined Canada is the grandson of Pamela Henn and the step-grandson of Douglas Henn. The three reside together and detectives believe Canada and his step-grandfather were fighting before Canada got a firearm and started shooting. h/t ajc

The condition of Pamela Henn was not known Thursday. An investigation is ongoing.