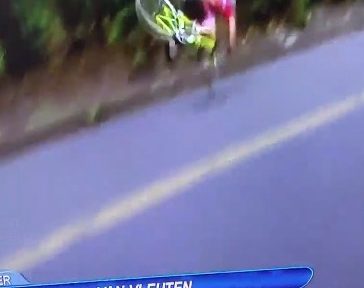 Annemiek van Vleuten, who was leading the women’s road cycling race at the Olympic Games in Rio, suffered a scary crash that was captured on camera.

van Vleuten was rounding a corner when she skidded out and crashed into a small retaining wall. van Vleuten was said to be conscious and talking on the way to hospital. Dutch officials said she was however suffering from shock.