Nothing But Commercials: NBC Takes 6 BREAKS In 39 MINS Of Olympics Coverage 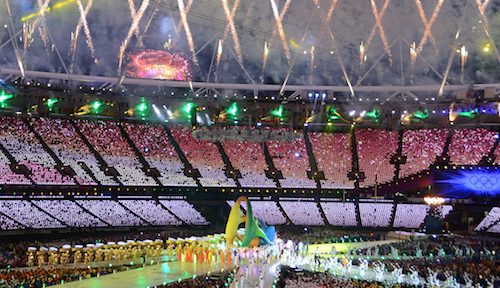 Folks on social media Are sounding off over what they deem an inordinate number of commercials fired off during NBC‘s telecast of the opening ceremony of the Olympic games in Rio.

NBC apparently stands for Nothing But Commercials.