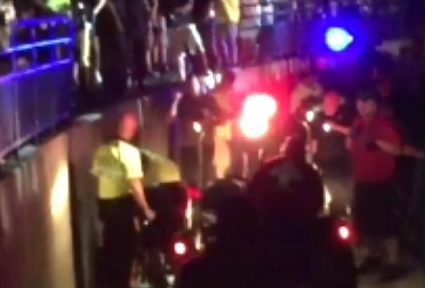 Several people are said to be injured after a guard rail collapsed at a concert headlined by Snoop Dogg in Camden, New Jersey.

Police say a stretch of railing separating the upper deck from the area below gave way sending concertgoers down hard to the ground. Several people were said to be injured. Several medics and ambulances are on the scene. The extent of injuries is unknown at this time.