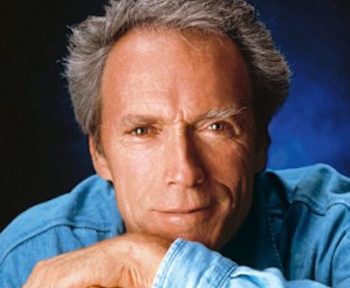 If the 2016 presidential race has lacked one thing, it would have to be the empty chair. Actor and director, Clint Eastwood, has once again emerged, this time to share his feeling on Donald Trump.

Eastwood, a libertarian, has refused to discuss his views of either candidate, that is until conducting the following interview for Esquire magazine. Via toprightnews: In an interview with Esquire magazine, Eastwood took a blowtorch to political correctness, and the what he dubs the “pussy generation.”

Clint praised Donald Trump for taking that on:

“He’s onto something, because secretly everybody’s getting tired of political correctness, kissing up. That’s the kiss-ass generation we’re in right now. We’re really in a pussy generation. Everybody’s walking on eggshells. We see people accusing people of being racist and all kinds of stuff.

When I grew up, those things weren’t called racist.

And then when I did Gran Torino, even my associate said, “This is a really good script, but it’s politically incorrect.” And I said, “Good. Let me read it tonight.”

The next morning, I came in and I threw it on his desk and I said, We’re starting this immediately.”

The shocked (liberal) Esquire reporter asked him to “clarify” what he meant by “pussy generation” — expecting Clint to walk it back. Instead he doubled down…

The reporter reminded Eastwood that Trump questioned the Mexican heritage of a liberal judge biased against him, and Clint agreed that Donald may have “said a lot of dumb things.” but…

He’s said a lot of dumb things. So have all of them. Both sides. But everybody—the press and everybody’s going, “Oh, well, that’s racist,” and they’re making a big hoodoo out of it.

Just f**king get over it. Sheesh. It’s a sad time in history.”

Then the reporter asked about Hillary, and Clint unleashed a brutal comment that most of America has to agree with:

“What about her? I mean, it’s a tough voice to listen to for four years. It could be a tough one. If she’s just gonna follow what we’ve been doing, then I wouldn’t be for her.”

AMEN to that! I would rather listen to the Wicked Witch of the West than Hillary.