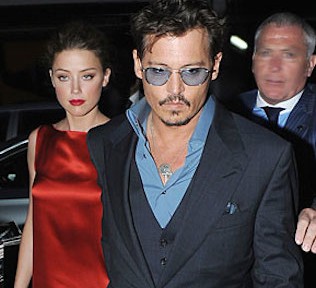 3 days after losing his mom, Johnny Depp is now losing his wife. Amber Heard has filed for divorce from Depp.

Our sources say the couple had NO prenup. It’s especially harsh because Johnny was extremely close to his mother. She says in the divorce docs that they separated on May 22 … 2 days after Johnny’s mom passed. As if that’s not enough … Johnny’s new movie, “Alice Through the Looking Glass” opens Friday. h/t tmz

Safe to say Johnny will have no problem rebounding.