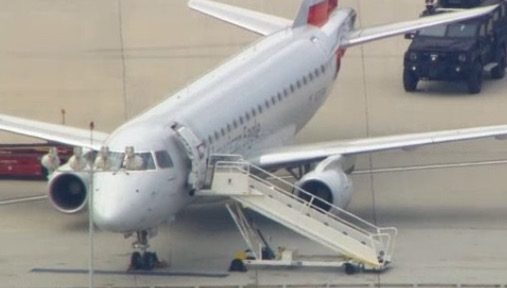 Police responded to a plane that landed at Los Angeles International Airport due to a reported threat, according to airport police.

Details regarding the threat were not immediately available. Aerial video showed several law enforcement and fire department vehicles near the American Eagle plane on the tarmac at LAX. An armored police vehicle was positioned behind the plane, which departed from Houston Tuesday morning.

Refresh this page for updates.