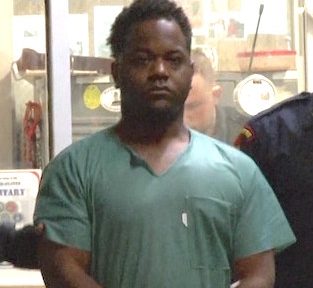 Johnson, 25, was arraigned on amended charges, including criminal homicide and murder in the first degree, after Kum Miller passed away from her injuries Saturday morning at UPMC Hamot. Investigators say Johnson hit Miller 4 to 6 times in the head with the crowbar and stabbed her in the neck during an attack in a bedroom Tuesday. Johnson used that crowbar to break into the Crescent street home, police say. Miller’s husband, Gary, was also attacked by Johnson with a crowbar. Neighbors heard their scuffle outside and came to help. They tried to restrain Johnson, but he took off. That is when one of the neighbors pulled out his gun and shot Johnson two times. h/t erienewsnow Officers arrived on scene at that time. After a short foot chase Johnson was taken into custody.