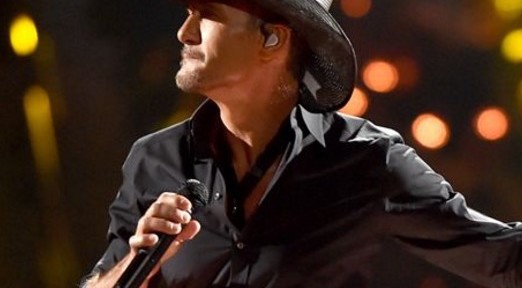 While McGraw perches atop a leather couch, his band members work out some of the chord changes from the 1969 single, which appeared on the album A Portrait of Merle Haggard. The percussionist adds a quick count and the gang tears into the tune, adding some fiery harmonica licks and boogie woogie piano to an army of acoustic guitars. McGraw oversees the proceedings, giving his musicians space to improvise solos, but it retains the loose feel of a spontaneous campfire sing-along. h/t rollingstone McGraw’s latest album Damn Country Music was released in late 2015 and includes his current single “Humble and Kind.” This coming weekend, he will serve as one of the headlining acts at Tortuga Music Festival in Ft. Lauderdale, Florida.