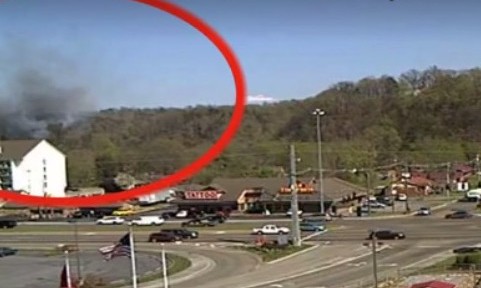 Five people are dead after the tourist helicopter they were traveling in crashed in East Tennessee near Sevierville.

The FAA says the Bell 206 sightseeing helicopter crash occurred at 3:30 p.m. Monday. Officials said the helicopter was destroyed by fire. “Local authorities notified the FAA that a Bell 206 sightseeing helicopter crashed near Sevierville, TN at 3:30 pm local time today. Officials said it was destroyed by fire. Local authorities will release the number of people on board, their names and conditions. The FAA will release the helicopter registration after that. We will update this statement when we get new information.” h/t wishtv

Our thoughts and prayers go out to the family and friends of the fallen.