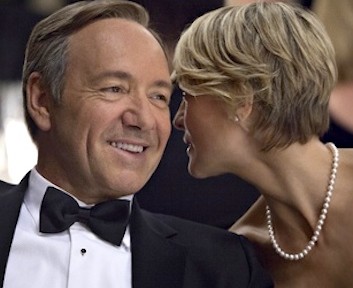 Wright had been sought by the studio for some time, but her complex “House of Cards” schedule made unlikely that she would be available, however Alcon was able to work out the details and a deal is expected to close. Ford is reprising his role of detective Rick Deckard with “Sicario” helmer Denis Villeneuve directing. The untitled film is expected to be released Jan. 12, 2018. Sony Pictures Releasing International announced last month that it will distribute in all overseas territories in all media. Alcon has a longstanding domestic output agreement with Warner Bros. h/t variety Besides “House of Cards,” which is currently in its fourth season on Netflix, Wright is also filming “Wonder Woman.”