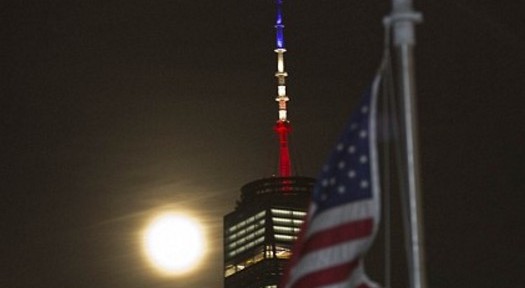 New York governor Andrew Cuomo announced on the heels of the deadly terror attack, that One World Trade would be lighted in Belgian flag colors, but when the moment finally arrived, the spire was lit in blue, white and red. ‘Tonight, One World Trade Center will be displayed in black, yellow and red as we stand in solemn solidarity with the people of Belgium, just as they have done for us in the past,’ Cuomo said in a statement. ‘We join the world in mourning the victims of these attacks and remain committed to helping create a more just and peaceful world.’ h/t dailymail As pictures of the spire were posted on social media, it appeared the building had been lit in the wrong colors.