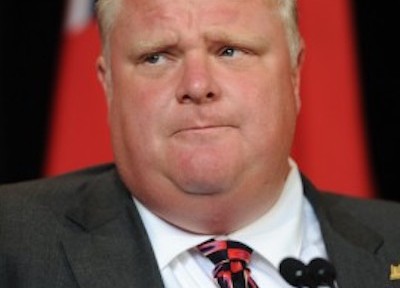 Ford was diagnosed with pleomorphic liposarcoma in 2014 after a tumor was found in his abdomen. He underwent surgeries and multiple rounds of chemotherapy, but the cancer proved too strong.Ford — who served as mayor from 2010 to 2014 — was caught on video smoking crack on multiple occasions during his term. He admitted to using the drug though denied he was an addict. h/t tmz Our thoughts and prayers go out to Ford’s family and friends at this difficult time.