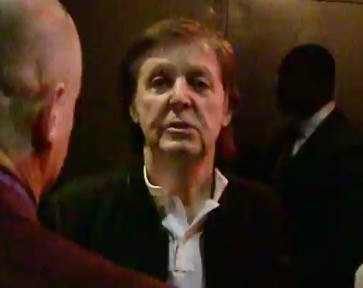 The power trio attempted to gain access to Argyle in Hollywood Monday night, a post Grammy bash hosted by Tyga. Security was not impressed and told them they were not welcome. You hear Paul say, “How VIP do we gotta get? We need another hit.” After a second failed attempt, the trio bails and they make their way to Hyde for the Republic Records party. They had better luck there. h/t tmz