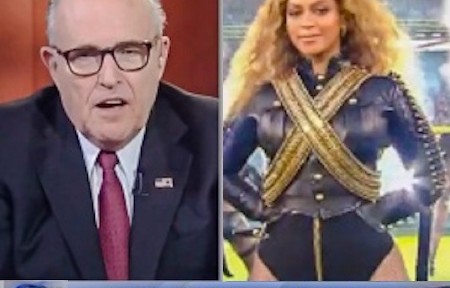 “I think it was outrageous,” Giuliani said. “It was terrible.” He said the halftime show should be used to provide “decent, wholesome entertainment” and not as a bully pulpit to attack law enforcement officers. “I thought it was really outrageous that she used it as a platform to attack police officers, who are the people who protect her and protect us, and keep us alive,” he said. “And what we should be doing in the African-American community, and all communities, is build up respect for police officers, and focus on the fact that when something does go wrong, okay, we’ll work on that. But the vast majority of police officers risk their lives to keep us safe.” h/t bizpacreview

Some Bey supporters on social media think her performance did not target police. What do you think? Comment below!