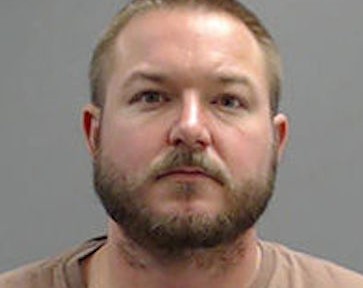 Matthew Overmyer, co-owner of O Face Bar, made infamous on Spike TV’s “Bar Rescue,” has been arrested after being accused of sexual assault on an unidentified adult woman.

Overmyer, 35, was taken into custody on suspicion of second-degree sexual abuse and assault with intent to commit sexual abuse by the Pottawattamie County Sheriff’s Office Thursday evening. The alleged abuse took place at a home in the 2300 block of Old Lincoln Highway in Crescent. Overmyer allegedly attacked an adult woman, who works at O Face Bar, at midnight on Tuesday. According to the arrest affidavit, Overmyer reportedly used physical force, including choking, to have sex with the victim twice. The victim called several people after the alleged attack, and one source reportedly told Pottawattamie County criminal investigators that Overmyer tried to re-enter the room after the victim locked him out. The assault allegedly took place while Overmyer’s wife was out of town. Overmyer and his wife own the bar, according to Pottawattamie County property records and Iowa Secretary of State corporation records. h/t nonpareilonline According to court papers, Overmyer did not speak with investigators. Overmyer’s attorney said that his client will enter a not guilty plea.