“The Cove” Star Deported From Japan Over Dolphin Activism 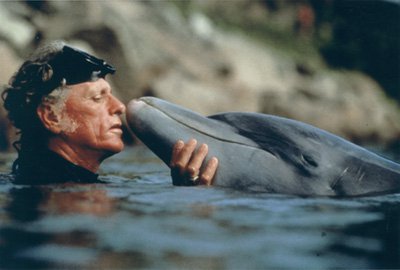 Japan has ordered the deportation of Ric O’Barry, the former dolphin trainer for the “Flipper” TV series and the star of the Oscar-winning documentary “The Cove,” about a village in Japan that annually corrals migrating dolphins into a cove before slaughtering them. Japanese authorities decided Friday to turn down his appeal to get into the country, according to his son, Lincoln O’Barry. His son and lawyer say immigration officials accuse O’Barry of lying during questioning and having ties to anti-whaling group Sea Shepherd, both of which O’Barry denies. Ric O’Barry has refused the deportation order and was being transported to another detention facility near Narita airport, his son said. h/t abcnews