N.W.A. To Reunite At Coachella With Eminem Filling In For Eazy E 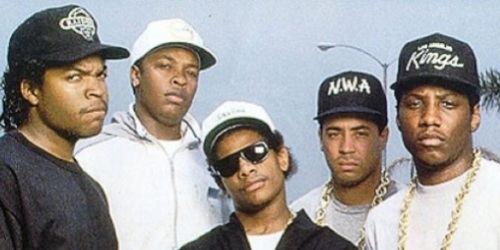 With a Guns N’ Roses reunion already on the bill, original members of hip-hop group N.W.A. will also at take the stage this year’s Coachella.

On the heels of award winning biopic, “Straight Outta Compton,” Ice Cube has announced he will be joined by Dr. Dre, DJ Yella, MC Ren and Eminem, (who is filling in for the late Eazy E,) to redux N.W.A. during his performance at Coachella 2016. “I’ve got some tricks up my sleeves … I’m gonna try to bring the members of N.W.A. together. Give everybody a little history lesson on Ice Cube and N.W.A., West Side Connection, everything I’ve been doing over the years,” Ice Cube explained.

Ice Cube is scheduled to perform two shows at the popular music festival. No word on whether or not N.W.A. will perform one or both nights.