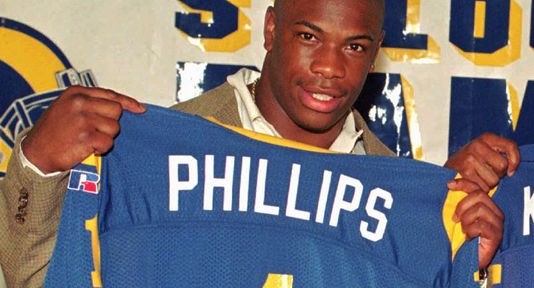 Phillips was convicted of choking his girlfriend and later of driving his car into three teens after a pickup football game. He was also charged with murder for allegedly killing his cellmate in 2013. h/t abc7