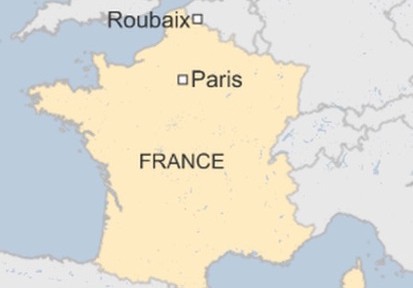 Witnesses reported gunshots being fired. Media reports say the area has been closed off by police. h/t bbc

The incident does not appear to be related to the ongoing security situation in France following the 13 November attacks in Paris.