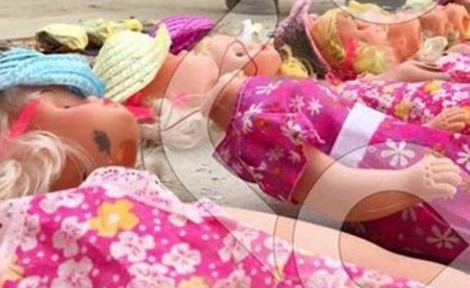 ISIS had planned on scattering the doll-bombs on the road between the Iraqi capital and Karbala, where millions of Shia Muslims are set to walk during the annual pilgrimage for Arbaeen next month. Arbaeen is a Shia religious observance that marks the end of the 40-day period of mourning after the anniversary of Imam Hussein’s death, the grandson of Prophet Muhammad. h/t dailymail Millions are set to make the journey to Karbala which is considered one of the largest religious gatherings in the world.