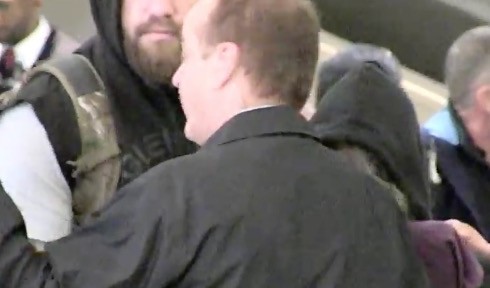 The fighter didn’t want anyone to see the damage Holly Holm did to her face — taking drastic measures to cover up as she arrived back in L.A. moments ago. Besides rocking a hood over her head, sunglasses on her eyes and draping her hair over her face … Ronda also used a pillow to mask her mug as she walked through LAX. h/t tmz Neither Ronda nor Travis were in the mood to talk.