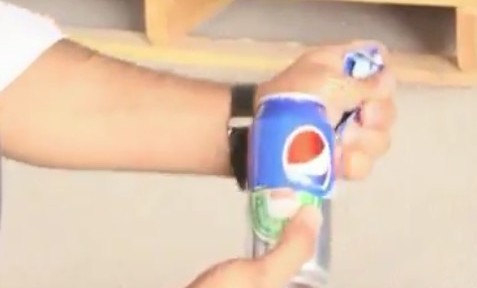 Saudi border guards seized 48,000 cans of Heineken beer disguised as Pepsi. It is illegal to drink beer in the Kingdom and if you’re caught, you can be held for up to 2 years.

Smugglers were trying to move the fake Pepsi across the border from the United Arab Emirates. Customs official posted this following video on Twitter showing off their huge haul. “A truck carrying what first seemed to be normal cans of the soft drink Pepsi was stopped and after the standard process of searching the products, it became clear that the alcoholic beers were covered with Pepsi’s sticker logos,” Al Batha border General Manager Abdulrahman al-Mahna told Al Arabiya News yesterday.