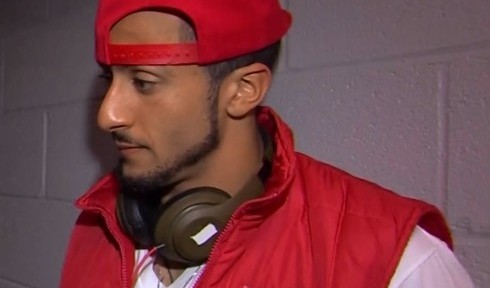 The San Francisco 49ers starting quarterback Colin Kaepernick has been officially benched. It is the first time the star QB has been sidelined since seizing the role three years ago.

Blaine Gabbert will start Sunday for the 49ers who are in last place. The next outing is with the Atlanta Falcons as they visit Levi’s Stadium. Coach Jim Tomsula was noncommittal about Kaepernick’s status earlier Monday, as was the case after Sunday’s 27-6 loss at St. Louis. Tomsula would say only that he was “evaluating” everyone. The NFL’s trade deadline is Tuesday at 1 p.m., and whether or not Kaepernick is being shopped, he was told 24 hours before it that he was getting benched. h/t marinij