And The Father Of The Year Award Goes To: Rich Homie Quan 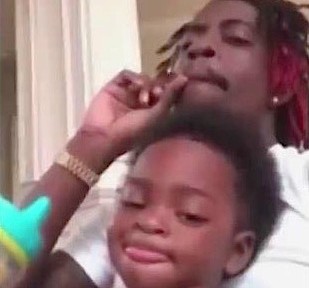 He was smoking what looks like a joint while chilling with little Royal Lamar … ON SNAPCHAT! The rapper says something to the camera — after blowing out a huge puff of smoke — but it’s hard to make out. We suspect he might be kinda high. It’s possible he’s not smoking marijuana, and it’s really a hand-rolled cigarette. But it’s not like that would be any better for the toddler. h/t tmz

Many on social media contend the rapper may have been smoking a roll-your-own type of tobacco, but let’s face it, is second hand smoke any better? Maybe worse?