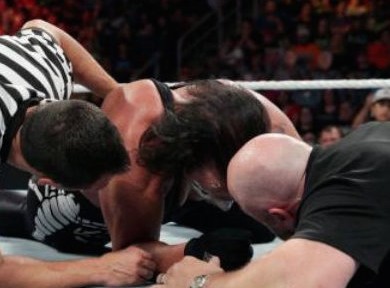 The injury appeared to occurred after Sting, 56, was slammed hard into the turnbuckle. He then collapsed on the mat reeling in pain. It was obvious the match went “off script,” as trainers and the doctor entered the ring. Ever the consummate professional , Sting finished the match in his abbreviated loss to Rollins.