Witness: TX Deputy Killed At Gas Station There For Rendezvous With Woman 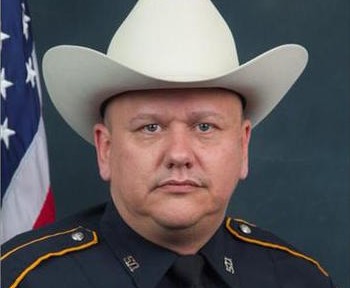 It has been revealed in court documents that Darren GoForth, the Texas Deputy killed at a gas station, was not there to pump gas, but rather to have a rendezvous with a woman whom he was having an affair for 15 months.

“I believe he was not there pumping gas. I believe he went to the station to meet this young lady,” said Anthony Osso, who is representing the witness and other woman, Shannon Miles. Osso added, “I’m not really concerned about the fact that the deputy was having a romantic relationship with someone for 15 months. As a matter of fact, my heart goes out to his wife, his widow. If this is how she found out, I think it’s extremely sad that it came down to this under these circumstances. What I’m concerned about is how is it relevant to my case.” h/t theblaze

A court document filed Friday revealed that a female witness to the murder claimed she had been having an affair with GoForth for well over a year. Some on social media are saying the revelation about the affair redeem a Black Lives Matter supporter who was ostracized for tweeting that GoForth “deserved to die,” because he had “creepy perv eves.” Developing story. Check back for more details as they become available.