Hear The Voice That Made Adam Levine Stand On His Chair 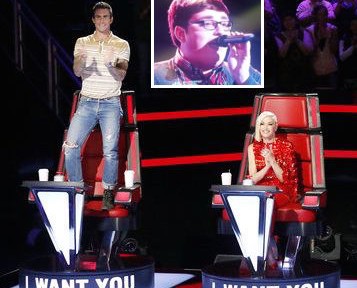 Smith epitomizes the fresh, singular magic of the sometimes-tired show: It’s the stellar voice alone you fall in love with. But the judges fell even harder for Smith after they turned around. Gwen called him the trippiest turn-around experience she’s ever had on the show before running down to hug him, while Adam dubbed the cherub-faced powerhouse “the most important person that’s ever been on this show.” Watch his stunning performance below. h/t refinery29