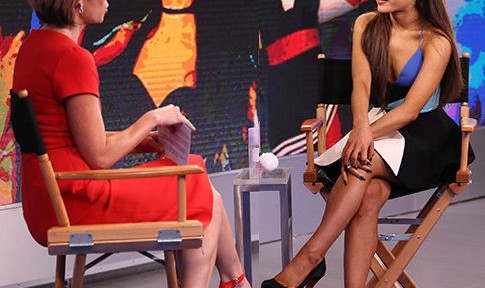 “My behavior was very offensive and I apologize. There’s no excuse or there’s nothing to justify it,” Grande shared. “But I think as human beings we all say and do things we don’t mean at all sometimes. “I think one of the biggest things I learned from that was what it feels like to disappoint so many people who love and believe in you and that’s an excruciating feeling. You have to remember that your words, your actions, have, you know, ramifications and you have to really think about what you’re about to say and do because it’s important.” h/t billboard

Grande then moved on to hawking her new fragrance, Ari by Ariana. “It’s like making a song,” she said of crafting a scent. “You pick a bunch of notes.” Let’s hope none of them sour.