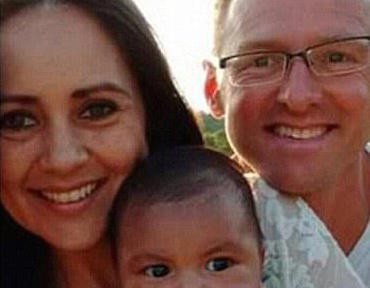 She says the baby she was handed at the hospital looked different from the one she held in the delivery room. Finally, after three months, the couple decided to take a DNA test that showed there was zero-percent probability that the boy was their son. “I have a beautiful baby at home. It’s not mine and maybe there’s another mother suffering the same as I am and perhaps I have her baby,” Casanellas told reporters in El Salvador. h/t fox13now

Last week, the couple’s doctor was arrested, and after the El Salvador’s attorney general ordered a criminal investigation into the case, they located what they say is the parents real baby. They have since been reunited.

It is believed the doctor was part of a child trafficking ring.