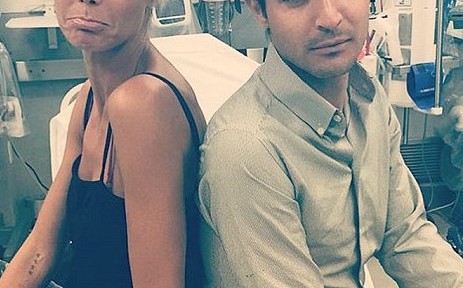 Heidi Klum AND Zac Posen wound up in the hospital after stepping on a couple of rusty nails.

Klum and Posen were filming the 14th season of Project Runway when the accident occurred. ‘DONT STEP ON A RUSTY NAIL ….. Well we both did #Bettersafethansorry @zac_posen,’ she wrote, alongside the photo of the two on a hospital bed.

The pair received Tetanus shots before being released.